The Western Red Cedar is an iconic cultural keystone species and is the official tree of BC. The Coast Salish story of the tree’s origins follows a generous man that was constantly giving away his food and possessions to those in need. The “Creator” acknowledges the man’s benevolence and decides that when the man dies, a red cedar will grow where he is buried allowing him to continue to provide for the people.

I did my best to capture the sheer enormity of this ancient coniferous giant, but it is another thing entirely to see it in person. Unfortunately, trees such as these continue to be unsustainably harvested. Pressure continues to mount on the BC government to put an end to old growth logging, specifically at Fairy Creek where over a thousand arrests have been made of environmentalists peacefully protesting the irreversibly destructive practices of old growth logging in the traditional territory of the Pacheedaht First Nation. 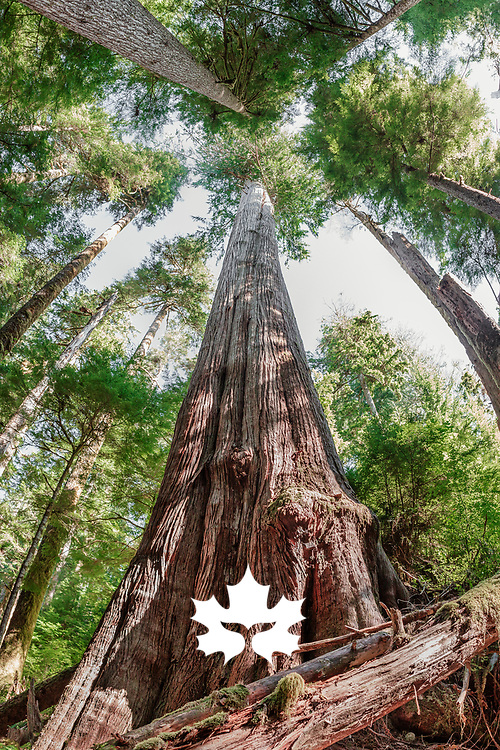