Every year near 100 mile house British Columbia, I visit a nearby lake bustling with wildlife. Among beavers, toads, deer, and countless species of birds are the Common Loons. One mother loon makes a point to nest on a small island in the middle of the lake every year. Respecting her distance, I took a paddle boat out towards the island while she sat on her lone egg. After leaving her post to forage, she would emerge from the water in a spectacular fashion after diving for fish and other lake creatures. It was during one of these moments after watching her pop out that I pointed my camera in her direction after emerging from the green and blue water. Ridding herself of water on her back and wings, the loon extended her wings and shook herself off. With a fast shutter speed I was able to capture her in motion, with water droplets shooting off the wings in a watery spectacle. 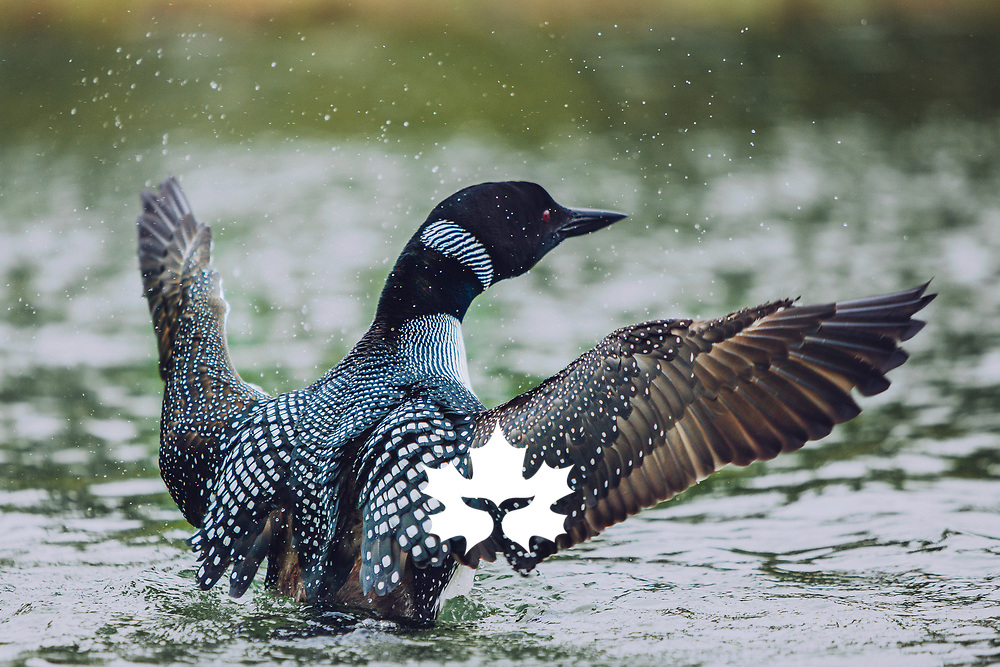