A pair of Northern Gannets greet each other at their nest on Bonaventure Island, in Quebec, Canada. Gannets are monogamous for life and re-unite with their partners every breeding season after spending their winters apart. Whenever the pair reunites after a separation, they take part in “mutual fencing”. This consists of both birds facing each other, shaking their heads and clacking their bills together while calling. Eventually they bow and take part in mutual preening.
Exploring this island, which is home to North America’s largest Northern Gannet colony with an estimated population of 110 000 birds, will definitely go down as one of the most incredible experiences of my life. 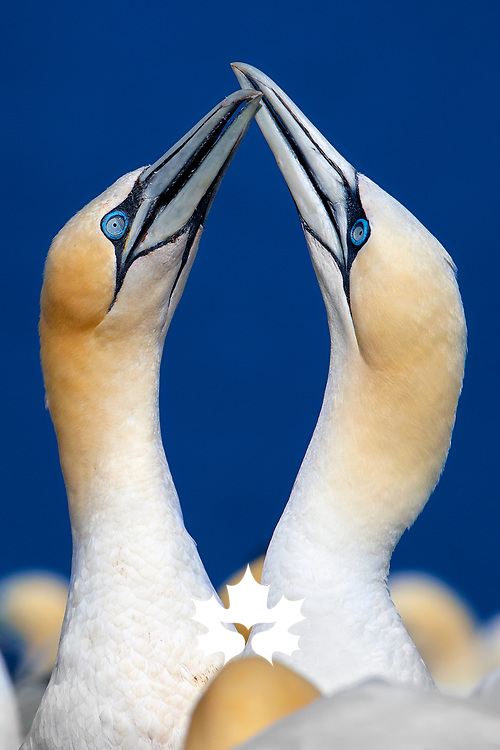